A panther is hidden in the golden cliffs at a beach about ten miles north of Santa Cruz.

Perhaps you need a wild imagination (or perhaps the aid of psychedelics), but all I could see after blurring my vision, crossing my eyes, and staring intently at a mix of mudstone and sandstone, was red, yellow, and gray rock marred by graffiti and decorated with a mix of coastal buckwheat, sage, and yarrow.

If you want to try your luck at spotting the elusive wildcat in the cliffs, drive north along Highway 1, just past Laguna Beach and fields of brussels sprouts on your left and run-down shacks inhabited by weary, weathered farm workers on your right, to an unmarked dirt lot on the ocean side of the highway.

Pull off and drive slowly over the deep ruts and piles of shattered window glass — heed this warning and don’t leave any valuables in your car. Park anywhere along the edge of the lot and walk down to the railroad tracks where you’ll see a Coast Dairies State Park sign marking the trailhead to Panther Beach.

The trail down is narrow and overgrown with purple thistle and yellow and white mustard flowers in the spring. It’s also steep enough in some places that the cautious will want to have both hands free or risk a bruised tailbone.

Despite this beach’s less than desirable access point, countless college students (and let’s be fair, probably some non-students as well) flock to this stretch of sand and lug cases of beer, boxes of firewood, beach chairs, bags of fast food, and entire watermelons down the slippery sandstone hillside. Then they leave it all there, including half the watermelon.

A Beach with Many Names and (Rock) Faces In short, Panther Beach at first glance is a remote northern California beach with windswept sands and unruly waves crashing into dark layer cake rocks. It sits at the mouth of Yellow Bank Creek and was once known as Yellow Bank Beach — both names come from the golden sandstone that makes up most of the beach’s cliffs. A tall, wide opening in one section of the golden cliff creates a picturesque arch and gives this beach its third name: Hole in the Wall Beach. At low tide, you can walk through the arch. As you emerge from the rock, a surprisingly long, wide stretch of beach comes into view.

At the far end, shelves of gray rock jut out into the surf, home to numerous marine invertebrates swimming, hiding, clinging, and crawling in the tidepools. The eroding cliff provides countless private rocky coves, sheltered from the wind with a view of the Pacific and popular with nude sunbathers.

Some sections of this cliff look like the fossil remains of a stack of Sunday morning pancakes. Below this rocky breakfast, sandstone juts out at sharp right angles; slivers and rectangular blocks of rock hold together the cliffside like a real-life game of jenga. Try to pull out just one of the small slivers and several bricks of rock will break off and crumble into a heap at your feet.

The First Playground of a Rock Climbing Legend

No rock climbing is allowed at this beach because of this dangerously “chossy” rock — the term climbers use to describe rock that crumbles and breaks. Nevertheless, Panther Beach was one of  Chris Sharma’s first playgrounds — an internationally recognized climbing legend with Santa Cruz roots.

Read the story behind the awe-inspiring image of Sharma hanging from the top of the arch here, but please, just live vicariously through this adventurous athlete and don’t try climbing here yourself — remember, it’s illegal for a reason. The more you explore the beach, you realize the windswept sand is littered with layers of fast food wrappers, plastic forks and cups, empty bottles of Coppertone and gatorade, cigarette butts, broken glass, and a six pack of Sierra Nevada — the empty bottles all carefully placed back in their cardboard box and tucked back into a shallow cave in the cliff side. At least they made a little effort …

The Save Our Shores sign reminding beach-goers to keep our beaches clean is covered in graffiti as is the state parks sign that lays out the rules: no glass bottles, bonfires, alcohol, dogs, camping, horses, or cars. Except for maybe the horses and cars, most visitors to Panther Beach regard these rules as mere suggestions. A few folks almost pack their trash but give up a few feet from their car and just pile their trash at the end of the dirt lot.

The intentional marring of such a beautiful place through graffiti and the overwhelming indifference of so many others is disheartening to say the least.

If you do visit Panther Beach — and you definitely should, despite all the garbage — pack your trash all the way back to your car so we can all enjoy walking barefoot in the sand, listening to the crashing waves, exploring the tidepools beyond the golden sandstone arch, and searching for the elusive panther that has patiently crouched above the sand in the crumbling cliffs for several millennia, wishing it could pounce on the next, unsuspecting litterbug. 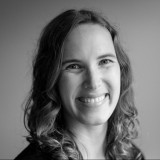